I  like to introduce my characters to my readers and I want my readers to know who each my characters are and remember them. I do it slowly and individually.  I think if I threw out a bunch of characters all at once my reader would get confused. I know you guys are smart but if you suffer from CRS (can’t remember shit) like I do, you lose track of who is who as you read.  I have gone back in books to  look up a character that was introduced earlier in the book to try to remember who they are. My goal was/is to make my characters memorable so you don’t have to go back and figure out who they are. I know good luck with that, right?

In Hidden Temptation, I know who my characters are and how everyone is connected to my protagonist, Odette. I know what’s going on and I want my readers to  be able to follow effortlessly. There are many folks in Odette’s life but I don’t think there are too many. She has her parents, siblings, co-workers, and of course, her lovers. Some people are insignificant and just get an honorable mention.  But they may return in the sequel Revealing Temptation.

Have you ever gone to a party with a friend and get introduced to a bunch of people at one time. For me, I tend to forget who everyone is until I have a personal encounter that would help me become familiar with them. Later when my friend and I talk about the party she would say something like remember Nancy, she was the one in the low-cut yellow sweater and kept giggling loud. Now I remember who Nancy was.

During one of my editing’s I focused on character development. I tried to give distinct voices and little habits that would ease them into my reader’s subconscious. It was my goal to gently bring you into the world of Hidden Temptation. I know how it was going to end and how all the characters and plots connect.  My task, I believe is taking you on a journey with me. I hope I bring you along without rushing to the end. I think I did a good job. The only way to be sure will be for you to read Hidden Temptation when it’s released.

I have scenes in Hidden Temptation where six or more people are talking but think I wrote it so everyone would be easily identified and my readers would know who everyone was without getting confused. I don’t think I should have tons of characters in a 278-page book. Have you ever read a script or even the credits after a movie?  You may have noticed characters that are needed to make a scene believable but aren’t essential for the story so they didn’t get names. Characters like store clerks or  cashiers. I don’t think nameless characters take anything away from the storyline. But as creator, to my novel world, I know everyone’s name. Did that sound ominous? Okay, I still need work on descriptions, a discussion for another post.

As I work on this 7th edit I’m tweaking little habits and distinguishing telltale traits for my characters. Like you know would know when a character was lying without me spelling it out because that character does  the thing every time they tell a lie.

I read some years ago, I don’t remember where but  if you show it’s effortless for the reader to follow you. I wanted to engage my reader in my story.  Between the following two examples which do you think tells and which shows the action?  And why do you think so? How can we improve on showing? Let’s discuss it in the thread.

I’m not perfect, oh so very far from it.  I’m editing Hidden Temptation for the 7th time because there is always something needing tweaking. I’m editing for the 7th time because I can’t afford to pay someone to edit for me.  I have a retired principal that offered to critique but she just embarked on a new romance. Why read a romance when you can live a romance right?

My other friends and family who read Hidden Temptation have pointed out this or that but tend to ignore major flaws.  One person said there are some typos but your publisher will help you with those. Right!  I have to get a publisher. A person not in the writing world doesn’t know how hard it is for an unknown to get an agent no less a publisher.  I had people in a wide range of ages and backgrounds read Hidden Temptation and they find it interesting and engaging. But I think they don’t want to hurt my feelings or that I can’t handle the truth so they don’t point out what they see wrong. I have a writer friend who published on Amazon recently, the story is good but there are so many typos I wanted to highlight it for them.  When I mentioned it I was told their spouse edited it for them. I told them, if they don’t want to take heed, then that it is on them.  For me I want to know.  I want my book to be in the best possible shape. Tell me what you see wrong.

Visit next Tuesday I’m going to tell you about What’s My Genre?

Disclaimer:  I completed Hidden Temptation, my first completed novel and this blog is a humble attempt to create interest in its debut. I am not a professional and this is no way an educational guide.  I am merely sharing my writing experience, what I picked up reading other novels, and what I learned in the process of completing Hidden Temptation.

I hope my experience helps fellow writers create a higher quality of art. I do not presume that Hidden Temptation is perfect or of professional quality but I do believe it is close. Your opinions, thoughts, and feedback are most welcome. Please feel free to create an open thread and share thoughts, and opinions so that we can help each other grow as a community of writers.

Let's discuss writing or whatever. I value your feedback. Cancel reply 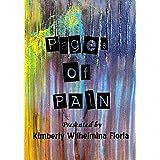 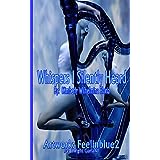